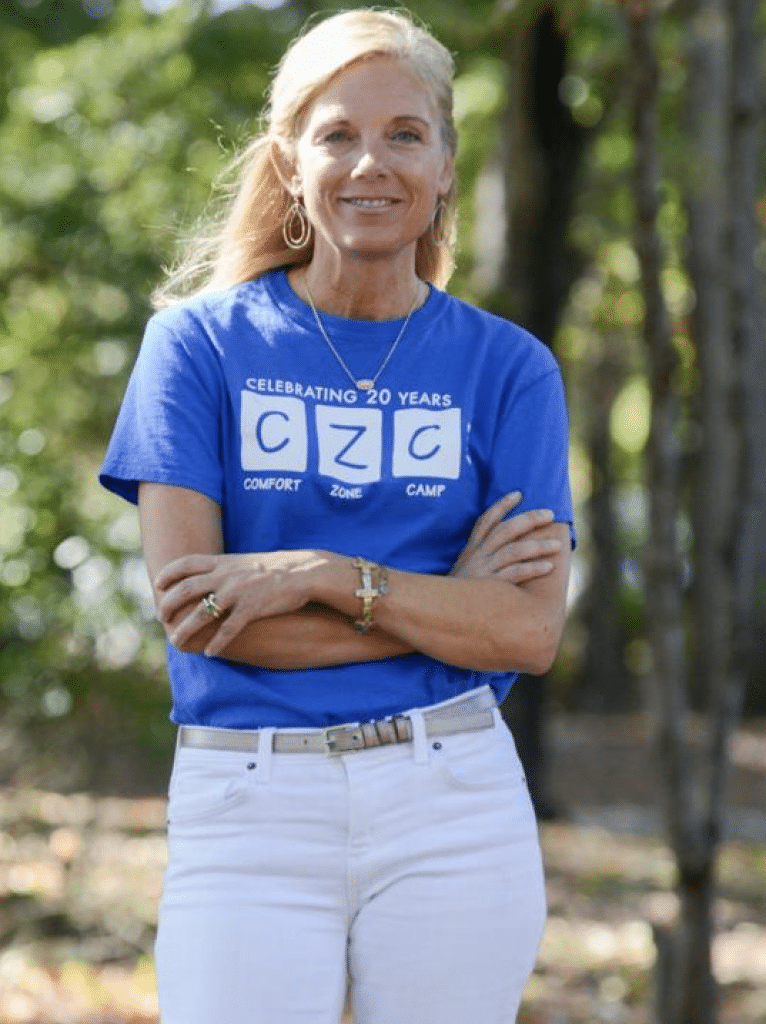 In this episode, Lynne shares her grief experience after her mother unexpectedly died when she was nine years old. Three years later, the day before junior high started, her father died, leaving her an orphan. Not wanting to be known as the girl with the dead parents, she showed up that first day of school.

Lynne Hughes is a nationally recognized grief expert and has worked with adults, children and teens coping with loss and life transitions.  Lynne is the founder and CEO of Comfort Zone Camp, a national non-profit organization based in Richmond, Virginia that offers free weekend bereavement camps for children who have experienced the death of a parent, sibling or primary caregiver. She also created Camp Unplugged to help kids navigate social media, self-esteem and online safety.

Hughes has been profiled in numerous media outlets, to include Wall Street Journal, Parade, People and Parents magazine, and has appeared on NBC’s The Today Show, and CBS news.  Lynne was a 2019 honoree of the Richmond Times Dispatch Person of Year, was a 2019 Hometown Hero for Allen & Allen and YWCA Outstanding Woman of the Year in April 2006.  Hughes was also honored as one of Redbook’s Mothers and Shakers 2002, awarded to 12 women (including Laura Bush) who have helped to improve the quality of life in the United States.  Her book  You Are Not Alone: Teens Talk about Life after the Loss of a Loved One, was published in 1995 by Scholastic Press.